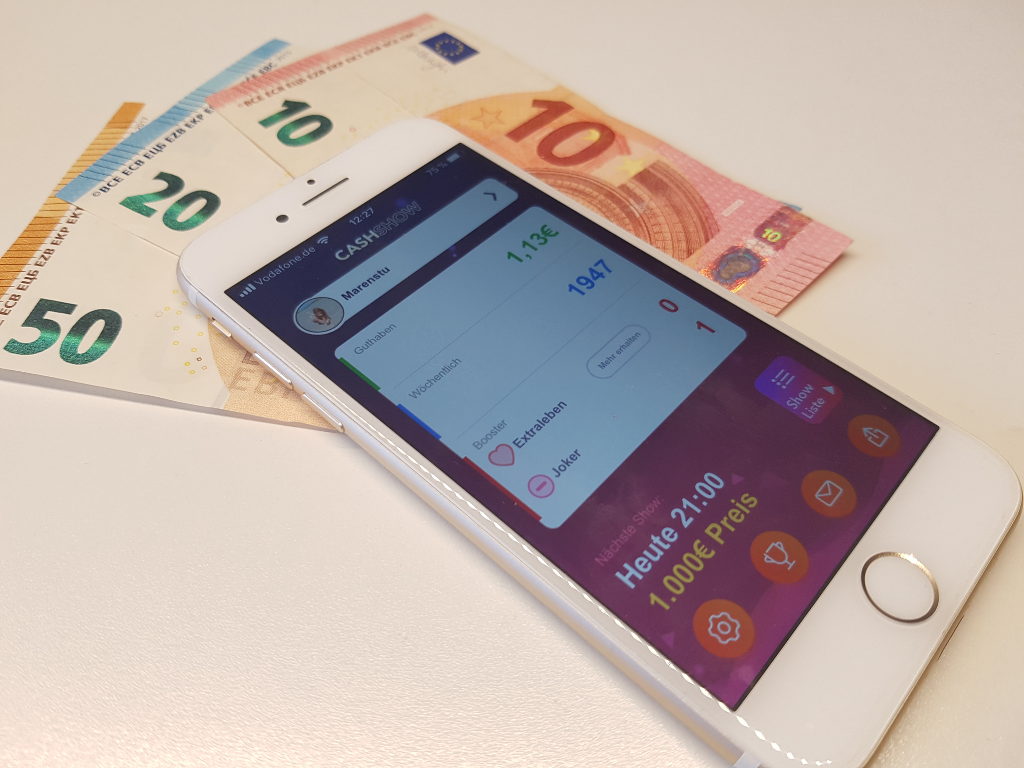 My girlfriend likes playing Gambling-Games on her Smartphone or Tablet. I also play Poker with a few Dollars casually. Sometimes more, sometimes less. Depending on whether the Money for the little gambling fun is disposable. Therefore I found the Quizshow-App Cash Show interesting, which my girlfriend newly “discovered”. The App-Developer distributes 1.000 Euro two Times a day subdivided between his Quiz-Winners at 12am and 9pm. There comes the question in my mind: How does the App finance itself? The User don’t have to pay an entry fee to take part on the Quiz. This smells fishy to me.

Every day the Quizshow starts at 12am and 9pm. At this time there have to be answered twelve Questions with the help of four possible answers. If one question gets a false answer, the Quizround ends for the Gamer. The Attendees which correctly answered the last and twelfth Question, share the prize. This start by a few Euro and ends in the three digit amount. No player seems to won the hole 1.000 Euro by himself. Who invites friends gets Extra-Lifes or a Fifty-Fifty-Joker, which eliminates two false Answers on the current question. With each round the Questions get harder and the App states the current shared prize per User which is still in the game. Also there is shown which answer the hole users took.

How does Zenjoy make money?

The iOS or Android-Apps of Cash Show claims to have InApp-Purchases. This let me suppose User are able to buy Extra-Lifes or Jokers, which rinse mony in the registery of Zenjoy. Certainly my girldfriend doesn’t have this option as InApp-Purchase. She only gets Extra lifes or Jokers by successfull invited friends. The next idea is of course Selling the users data. The App collects several data and wants to have access to your Facebook profile. The Privacy Policy clearly states the data won’t be selled and only serves the purpose of Improving the App. But I am in doubt Zenjoy as a chinese company with his head office in Beijing, does take this very seriously. Or am I able to write a letter to their national data protection commissioner regarding this?

Eventually Zenjoy wants to gain ground in Germany and get the players attracted to their App to sell them later Extra-Lifes and Joker as InApp-Purchases. In total it could be Zenjoy wins the bet and does not have to pay many players as the pay-out is only possible if the user reaches an amount over 10 Euro. Every casual gamer, who stays under this pay-out border, is a by Zenjoy pleasured player. Below the line the would be some profit for the company after the pay-outs.

If I would be myself a bad businessman,  I would manipulate the amount of successfull Quiz-Winner to reduce the prize for each real player, so I don’t have to pay them out or at least very late. Because you as player are not able to check this.

The Game really is fun and has a good german translation. Each right answers to the Question gets explained with additionally knowledge. This is a real benefit for the user to learn something new. Or did you know the Seckel syndrome is an extremely rare genetic disease? Personally I am not happy about the facebook profile access you have Cash show to grant and the lack of confirmability of your data. Certainly my girlfriend hasn’t received any kind of advertisement from Cashshow, which supports a theory of data selling. Everbody should ask himself if he does not pay for the product, he is maybe the product with his data.  I recommend to be skeptic on such products, especially the business model isn’t stated. For germans there is an alternative to have fun with quizshows: Quizduell. 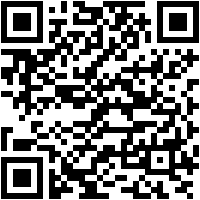 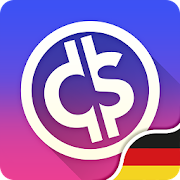 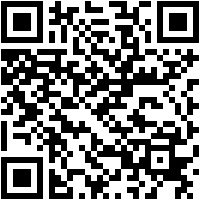 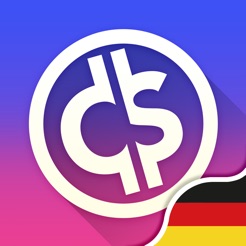