The guys from sipgate are really innovative regarding the german communication market. I found simquadrat genious, where you get a SIM card and a german landline number. Now there is a new project: Sipgate Satellite. That gets you a permanent free german mobile number where you can take and make calls over your internet connection. This happens over a Smartphone-App or in your Browser. The Basic tariff, which is free of charge, gives you 100 minutes to call to german landlines or mobile numbers. With the mobile phone number accessed by internet connection there is no matter where in the world you are. So caller and yourself just pays german communication rates.

Till today Sipgate Satellite was in Beta Stadium. Nethertheless it is not feature complete. Until now there is only the iPhone-App for Apple devices, which shall integrate smoothly in iOS so the user doesn’t realize a difference between incoming internet calls or normal GSM-calls. The android app should come in the next days in Google’s Play Store. The browser version is also upcoming. 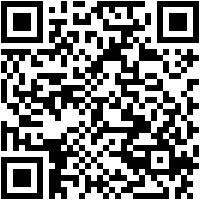 An interesting fact is, that despite Apps and mobile internet connection the voice quality shall be best all the time. Eventhough in the frightening edge land. If Satellite proofs in the long run, this should be a great possibility to combine with a pure data SIM. Pure data rates often includes much more data volume than voice rates with more acceptable prices. Certainly sending SMS is not possible, but receiving, which is a good fact to know about WhatsApp or general messenger/sms authentication.

As soon as the Android app is released in Google’s Play store, I will Sipgate Satellite a shot. Also porting your old mobile number should be available soon. If you also want to try Sipgate Satellite keep in mind that you need a german postal adress for authentication to meet government regulation.